Click the desired video poker app(s) to install, just like with an Android. Open the app and start playing. JoB 10 Hands, Joker Poker 1 Hand, Joker Poker 3 Hands, and Joker Poker 10 Hands. Just like Drake Casino, you don’t have to create an account to play for free.

Joker Poker is played with a virtual 53-card deck instead of a 52-card deck. The pay table is changed to compensate for the greater likelihood of a high-ranking hand.

This post includes everything you need to know to play Joker Poker.

The Basics of Joker Poker

Almost all video poker games follow the same format, including Joker Poker. You insert money, and it’s converted into credits based on the denomination of the machine.

You then decide how many credits you want to risk on a hand. You can choose between 1 and 5 credits, but you should ALWAYS choose 5 credits. The reason for this is simple but not readily important.

The top jackpot in any video poker game is a royal flush — the 10, jack, queen, king, and ace of a single suit.

If you’ve played for 5 credits, you get an 800 for 1 payout for a royal flush. That’s a big enough difference in your payout to have a major effect on your payback percentage for the game.

We should talk about payback percentage before we go much further, too.

They’re like two sides of the same coin. In fact, if you add the house edge and the payback percentage together, the result is always 100%.

The house edge is the statistical advantage the casino has over the player, expressed as a percentage of each bet that the casino expects to win over the long run.

The payback percentage is the amount of money that the casino statistically expects to pay back on each bet.

If we say that a casino game has a house edge of 1%, then that means that the odds and payouts create a situation where the casino expects to win $1 for every $100 you bet. But that’s an average amount over a huge number of trials. In the short run, anything can happen.

If we say that a casino game has a payback percentage of 99%, then that means that every time you bet $100, the casino expects to pay you $99 back in winnings. This, too, is a statistical average.

Your goal when playing any game where the casino has an edge is to keep that edge as small as possible, which is the same thing as keeping the payback percentage as high as possible.

So it makes sense to always make the bet that offers you the biggest payback percentage, everything else being equal.

The probability of getting a royal flush is always small. You’ll only see that hand once every 40,000 hands or so, even with the wild card. That’s because a wild royal flush doesn’t pay out the same as a real royal flush.

Once you’ve chosen your bet size, the Joker Poker machine “deals” you a five-card hand. You can choose to keep or discard each card in your hand, which gives you a total of 32 possible ways to play each hand, varying from keeping all five cards to discarding all five cards and everything in between.

Each way of playing a hand offers an expected return. This is the probability of each hand that you might wind up with multiplied by the payout for that hand. This makes Joker Poker a game of skill as well as a game of chance. The more mistakes you make in your strategy, the lower the payback percentage for the game is.

After you’ve chosen which cards to keep and which ones to throw away, the machine deals you replacement cards and pays you off based on the pay table for the game. That pay table is based on the standard ranking of poker hands.

I’ll assume that you’re going to make the 5-coin max bet on any given game, and I’ll feature the payouts for each hand on an X for Y basis. I should point out something important about that, too.

When you’re playing table games, the odds that a bet pays off are expressed as X to Y.

A single-number bet on a roulette table pays off at 35 to 1.

This means if you bet $1, you get your dollar back, AND you get $35 in winnings.

Gambling machines, though, don’t give you the original bet back. They deduce that amount before spinning the reels or dealing the cards. Any winnings you get are in exchange FOR the bet you just made.

An even-money payout at the blackjack table results in a profit.

You can get free spins to play slot machines online at nearly every online casino on the internet. Here you find a list of all the best free spins promotions available in 2020. Use the bonuses to play slots for fun or to win real money. Depending on the site, you can activate free spins. When playing a free version of any casino game, you will not be able to claim any of your winnings. There are, however, other ways to win real money without risking any of your own cash. Many casinos offer players a chance to win real money on casino games for free, through no deposit bonuses. Often such bonus offers are only valid on the full range of slot games, bingo keno, scratch. Free play casino real money.

An even-money payout at a video poker game results in breaking even.

The payback percentage for this game, if you play with optimal strategy, is 100.64%. This means that you have a 0.64% edge over the house, which is an unusual situation.

How is that payback percentage calculated?

The probability of winding up with nothing at all is about 55%. Multiply that by winnings of $0, and that adds 0% to the payback percentage.

A pair of kings or aces, though, pays off at 1 for 1, and the probability of winding up with that hand is 14.2%. This adds 14.2% to the overall payback percentage for the game.

Those three hands account for over half the game’s statistical winnings. They just come up that much more frequently than the other hands.

When you continue those calculations and add them all up, you wind up with 100.64%.

But you’ll come across many variations of these pay tables. A more common Joker Poker pay table pays out the same as above, only with smaller payouts for five of a kind (150 instead of 200) and a wild royal flush (80 instead of 100). That changes the payback percentage to 99.98%.

Most Joker Poker video poker games offer a payback percentage at least that high, too. Only the stingiest of casinos offer a worse pay table than that.

The Best Strategy for Joker Poker

Video poker strategies are similar to blackjack basic strategy. They tell you how to play any possible hand you get. Their presentation is different, though.

In blackjack basic strategy, you have your total along the left and the dealer’s face-up card along the top. You cross-index the two to determine the optimal way to play your hand.

But in video poker, you don’t need to cross-index anything. You just have your hand, and your goal is to wind up with the best possible expected return.

So a video poker strategy card is just a list of cards you might have in your hand, from best to worst. You start at the top and read down until you get to a hand that matches what you’re holding. The highest hand on that list that matches your hand represents the cards you should keep.

You should never deviate from basic video poker strategy, by the way, no matter how strong your hunches are. The math doesn’t lie. The gamblers who lose the least and win the most listen to the math behind probability, not their hunches.

Joker Poker strategy charts aren’t perfect, though, because of the staggering number of potential card combinations you might have. Still, even a simplified strategy card should get you within 0.1% of the expected return for playing the game with optimal strategy.

In games with one or more wild cards, you’ll usually have two strategy cards to look at. One fundamental thing to remember about wild card video poker games is this.

You NEVER discard a wild card.

Always keep a pat royal flush, straight flush, or four of a kind. You would, of course, never break up any of these hands to try to improve them. The payouts are too high, for one thing. And most of them can’t be improved, for another.

Aside from those hands, you will ALWAYS draw to four cards to a royal flush. The payout is so big for this hand that you would even break up a pat hand to try to get the royal flush. The only possible pat hand you might have, though, would be a pair of kings or aces or a flush or straight. The difference in payout is so great that it’s worth giving up the sure payout, though.

After that, the best hands you can have are a pat full house or a pat flush.

An open straight flush draw is the next best option. An open draw is one where you have cards on either side of the straight that can fill your straight, as opposed to an inside straight draw, where you need one card and one card only.

Then, prefer three of a kind.

Then, inside straight flush draw.

Then, a pat straight. Notice that you’ll throw away a card to try to achieve your straight flush even if it means breaking up your straight.

After that, it starts to get more granular and complicated. Generally, though, you’ll try to hold three cards to a royal flush instead of a pair. You’re looking at the following factors for determining which cards to keep: 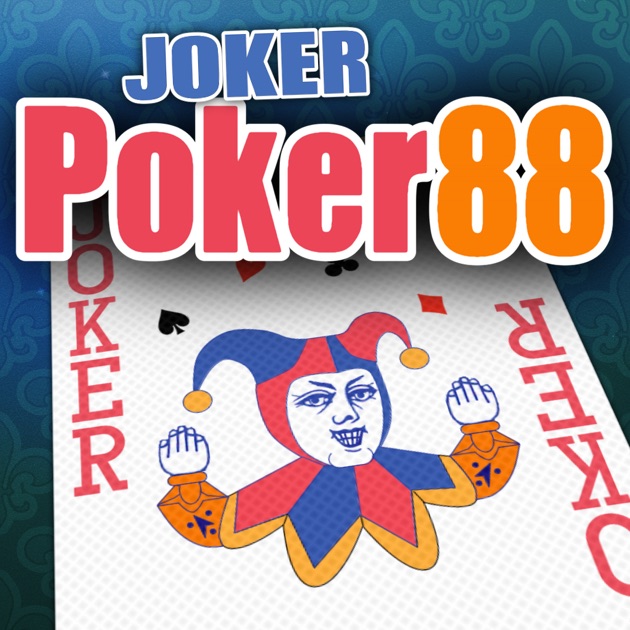 The strategy table for the wild card looks similar, although you want to keep in mind that you’re never going to throw away a wild card.

Learning how to play Joker Poker is dead easy if you have any experience playing Jacks or Better or other video poker games. If you’re brand new to VP games, you can probably still get to where you need to be quickly with the guide in this post.

I like Joker Poker because it’s a nice midway point between Jacks or Better and Deuces Wild, which has four wild cards. The inclusion of the wild cards changes the game, but since Joker Poker only includes one, it’s not as drastic a strategic change.

Please enable JavaScript to view the comments powered by Disqus.